Home » BBQ Tips » Filet Mignon Vs Ribeye: What is the Best Piece of Meat

When you want a good steak, it's easy to feel overwhelmed by all the options. Of course, you want the best steak possible, but it is difficult to determine which one is the best. To avoid making the wrong decision, you need to know a little more about the types of steaks.

Ribeye and filet mignon are two perfect steak options. Both are reputed to be delicious and luxurious, but these two are actually different types of beef. Have you ever wondered what the difference between these two cuts of beef is? Keep reading to find out which one is better and who wins in filet mignon vs ribeye fight.

Where Does Filet Mignon Come From? Filet Mignon is a French term that practically means "dainty fillet". It got its name from its size and region where it can be found. The filet mignon is obtained from the tenderloin. It is a long, thin conical shape that extends from ribs to sirloin. Since the tenderloin muscle is rarely used, it is susceptible and does not contain a lot of connective tissue.

The smallest section of the tenderloin is cut into small parts, and then these pieces become the filet mignon.

The name of a ribeye steak comes from the characteristic swirl of fat and meat that can appear inside the steak. Being dependent on the beef is cut; it can have a bone or be without bone. As the name suggests, it is cut from the rib section of the beef. The ribeye steak comes from the same region as prime rib roast but is cut into a steak size, rather than cooked like a whole roast.

Depending on the portion of the cut rib section for a specific steak, the ribeye may contain dorsal, spinal or long muscles. This postulates that the steak tends to be a mixture of fine and tender meat, with some swirls of connective tissue.

What's The Difference Between Filet Mignon And Ribeye?

As you can see, the significant difference between these two pieces of meat is that they don’t come from the same place and consist of different types of muscles. This difference in composition separates the two types of steak.

To learn more about the differences that exist between these two cuts of meat, let's look at some of the vital features of each steak.

The Difference in the Appearance The examination of the two sections shows several differences in appearance. A filet mignon is primarily a fine-grained muscle, crossed by thin strips of fat, while a ribeye is greatly marbled. You can see white spots of fat on all the meat, and there will be thick strips of fat on edge and in the middle of the steak.

How Long Does It Take to Smoke a Turkey

The fact that they are part of two distinct muscles, the texture of ribeye and filet mignon is very different. The tenderloin muscles are rarely used, which is why filet mignon is exceptionally tender. Many people say that it possesses a texture that will melt in your mouth. Since there are less connective tissues or fat, there are no hard parts to chew.

While the ribeye steak is a little tougher than the filet mignon, however, the fat-rich steak also creates a very juicy and tender cut of beef too. The ribeye may not be as tender as the filet mignon, but it is still much softer than other pieces of beef.

The filet mignon has a much less pronounced taste than the ribeye. This is not necessarily a bad thing, as people who do not like the abundant flavor of beef appreciate the more excellent taste of filet mignon. Because it is low in fat, this cut of beef also tastes less greasy than the ribeye.

Ribeye steak tends to be the taste that people think of when they imagine a hearty and large steak. Since the muscle is exercising more, it develops more taste. Ribeye has a rich, fleshy flavor that is strong enough to dominate anything else on the plate.

How to Smoke A Fresh Ham in A Smoker (Curing, Smoking, and More)

When it comes to grilling, each cut must be treated differently. Because the cut of the ribeye possesses more fat than the filet mignon, the fat will dissolve, and the cut will be exposed to heat. The melted fat can also cause flare-up to the grills, which can burn the exterior part of the steak.

Although ribeye requires more attention on the grill, this does not mean that you should avoid grilling it. Some experts recommend not touching the steak when it is being grilled. If you are a novice, don't delay in ignoring these tips and adjust it when necessary, especially when flare-ups occur. In general, you should check the ribeye steak every 30 seconds after the 2-minute mark.

Best Tips on How to Reheat Pulled Pork

As for filet mignon, it is usually a lean cut, but most people wrap it in bacon or other spicy fatty meat. In this case, you should watch out for it like a ribeye, because the risk of flare-ups from dissolved fat is high.

If you want to cook filet mignon, you must follow the rule of not touching it after placing it on the grate. This cut is quickly cooked at very high temperatures and, because it's lean, the risk of burning or flare-ups should be low. Just bring the grill to a temperature that can create the brown exterior, usually around 932 degrees Fahrenheit, sear the meat, and then remove it. That's all that you need, to cook filet mignon steak.

The Filet Mignon and ribeye are ubiquitous options when you go searching for a steak for dinner.

Although they are very different in shape, texture, and cost, they both taste delicious are very juicy and tender if cooked properly.

What do you choose as your perfect piece of meat? Filet mignon vs ribeye, who wins at your table? Leave your comment in the comment box.

The Best Tips on How to Reheat Steak in 2021

1 thought on “Filet Mignon Vs Ribeye: What is the Best Piece of Meat” 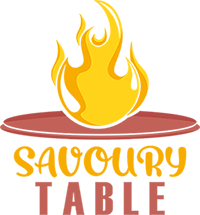